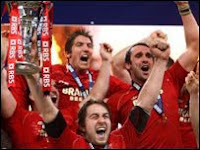 I have to mention the Welsh rugby side winning the Gland Slam, a thrilling end to the Six nations season ended with Wales beating France by 29 points to 12 in a thrilling encounter at the Millenium Stadium.

Wild scenes of celebration greeted the final whistle and reports from Cardiff tell of partying well into the small hours. 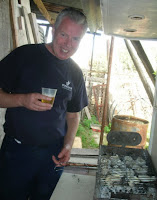 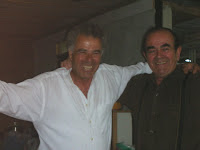 Theo and his family invited us down to their farm to celebrate Green day, the day Cypriots begin Lent and abstain from eating meat for up to 40 days. We enjoyed a superb lunch of various beans, salad, squid and octopus.

We even got some traditional Cypriot dancing fro Theo and his brother.
Posted by Cyprus at 11:44 am No comments: 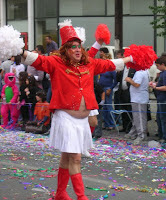 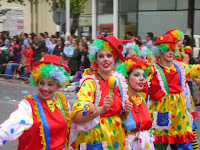 We drove into the port of Limassol to watch the annual street carnival.

Over 70 floats and hundreds of participants in various costumes marched the length of one of the City's main roads and provided an amusing and highly colourful afternoon for the huge crowds that gathered to watch the parade. 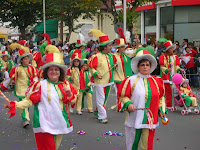 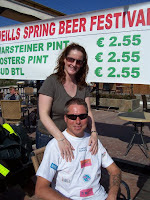 And so they're back..after a gruelling 7 days of cycling around the island the brave cyclepaths returned with smiling red faces and sore bums.

The lads said that they found crossing the mountain range difficult but were glad to be home safe and sound with mission accomplished. 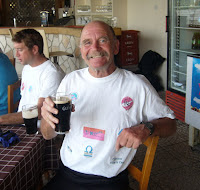 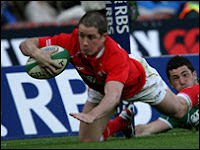 Just a quick mention for all the guys back home in Wales, Great to see the Welsh Rugby team win the Triple crown on Irish Soil.

In a scappy game, the Welsh were the better side and should have sealed victory long before the final whistle.

Next stop is the Millenium stadium and a chance to win the Grand Slam against France. 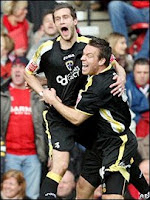 Congratulations also to Cardiff City who progressed to the semi finals of F.A cup for the first time in 80 years after a 2-0 win at Middlesbourgh. 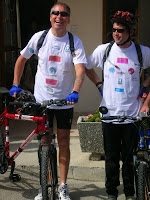 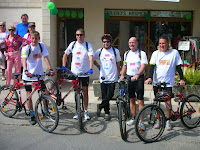 On a warm, sunny morning, five local guys, plus support vehicle and Police escort set of from Pissouri village to cycle around the Island in aid of The friend’s Hospice Charity of Paphos.


An enthusiastic crowd gathered at the village charity shop to cheer on Simmo, Andy, Steve, Jason and Adam as they embarked on their trek around Cyprus, closely followed by Richard in the support vehicle. The local television company was also on hand to record the event and interview some of the locals.
Posted by Cyprus at 3:27 pm No comments: 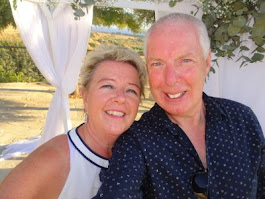